Confessions Of A Tattoo Removal Doctor 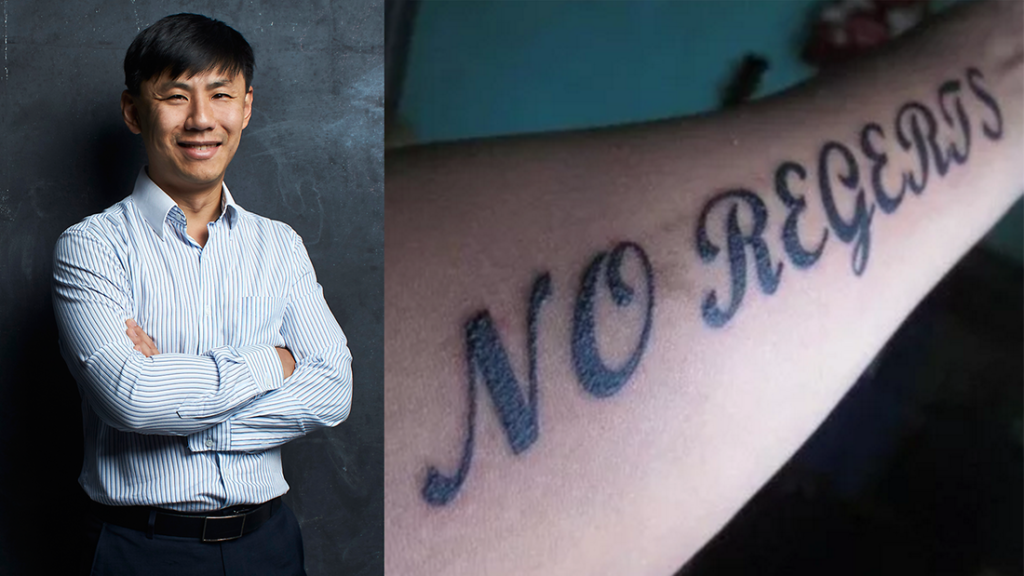 Tattoo removal expert Dr Kevin Chua weighs in on celebrity ink and tells all about lasering off tattoos, plus why trendy rainbow-hued tattoos aren’t a great idea.

We live in an age where “YOLO (you only live once)” is the new “Seize the day”. But sometimes you can’t carpe diem away a botched impulsive tattoo that looks more like an infected splotch than a work of art. 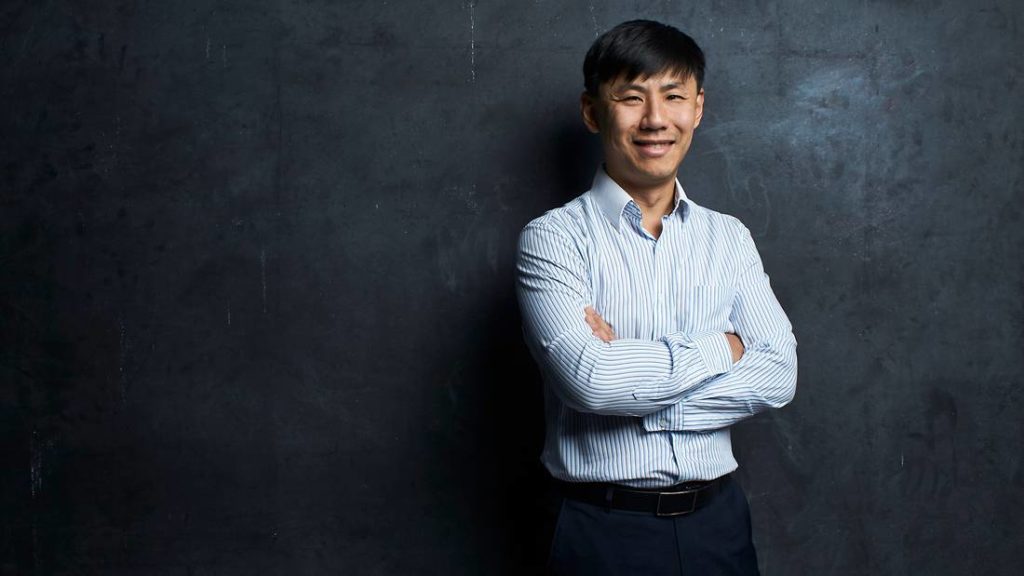 So good news, you don’t have to be stuck with a tattoo you hate. But there are certain considerations you must make before you zap off that offending ink. We get Dr Chua to spill the, erm, ink.

8 DAYS: Do you see more patients these days regretting their tattoos?
DR KEVIN CHUA:
Yes, especially with the trend of eyebrow embroidery. I’ve also had people who e-mailed me an hour after getting a tattoo on impulse, saying: “I ruin the skin my mother gave me!” and things like that (laughs).

Sometimes people get tattoos on the spur of the moment and they regret it immediately. But you’ve to wait at least four weeks before you can start removing it ’cos getting a tattoo is a traumatic process. Tattooing is basically creating holes in the skin and dripping ink in them. [The wound] needs time to heal, so if you don’t wait till it has recovered, there is a chance of scarring.

I tell my patients to wait, but some of them couldn’t wait and attempt to remove the tattoo themselves. Some of them tried to scrub off the fresh ink with soap, or tried to burn it off with lit cigarettes and irons, or used needles to dig out the ink. If they are lucky, they are partially successful but usually they just end up with a massive scar.

Ouch. What are the top three tattoos people tend to regret?
Gang signs, religious tattoos and designs like flowers and kabuki-style (traditional Japanese theatre drama) demons. Some people tattooed their partner’s name and wanted to remove it after they break up. There was a guy who tattooed a funny-looking robot on himself after a night of drinking and regretted it too.

I’ve met people in the service line wanting to get their tattoos removed ’cos they get complaints from customers, or they want to change jobs and their employers [do not approve of tattoos]. Singapore is still a very conservative society! Tattoo removal is usually done by laser. Walk us through the process?
I always brief the patient beforehand on what to expect and the aftercare required [for the laser removal]. We start by applying numbing cream on the tattoo, then we fire up the laser and do the treatment.

Tattoo removal hurts, even with numbing cream. Without the cream, laser removal hurts more than getting the tattoo itself. My patients told me it’s like being stabbed with many needles. Similar to getting a tattoo, but worse (laughs). The laser breaks up the ink pigment, and the particles moving within the skin [while being lasered] cause pain.

When you fire a laser into the ink pigment, it’s like an explosion breaking up the pigment particles. The laser produces a pulse wave effect to break up the colour. During the process, the laser will create bits of injury on top of and under the skin. Patients need to treat the whole area like an open wound and go back to the clinic to get their dressing changed. You need about six weeks for the wound to heal after each session before you return for the next session.

If it’s a small tattoo, each session could take three minutes. Big ones usually require half an hour. You can’t get the entire tattoo removed in one session, unfortunately. It requires about three to 13 sessions to remove the ink completely.

Does laser removal cause scarring?
Typically it doesn’t cause scarring. But there is always the chance that your skin will scar ’cos it’s always [fighting against the trauma] of tattooing and laser removal. Some people also scratch the wound while it’s healing and dig out the good skin cells, which leads to scarring.

Are there tattoos that don’t age well?
As time passes, tattoos tend to start blurring and the straight lines will smudge ’cos your body is trying to clear that ink. Tattoos with small words tend to blend together. Pictures, like stylised drawings, hold up better. Tattoos on skin like the stomach, where it can stretch, can go out of shape too.

Eyebrow embroidery and microblading are all the rage these days. Can a botched brow job be salvaged?
Eyebrow embroidery is a trend, ’cos it’s so lucrative. Beauticians see the opportunity and start opening salons [offering brow services, even if they do not have the necessary experience]. But eyebrow embroidery and microblading are essentially tattoos. One wrong move and swoosh! It stays there (laughs). The brows will fade but only up to a certain point. It will never go away by itself. I’ve patients who come in and ask me to clean up the job, or remove it ’cos they can’t get used to the shape of their new brows.

I treat [botched brow jobs] the same way I do tattoos. But I’ve to be careful with the laser settings and dial down the energy. There’s a possibility that brow hairs are removed along with the ink, sometimes permanently. And there’s nothing to be done if your hair follicles die, unless you do a hair transplant.

I wouldn’t recommend people getting their eyebrows done. The brow shape trend will change, and [eyebrow embroidery] is permanent. The minor inconvenience of drawing your brows is not such a bad thing ’cos you can change the shape of your brows anytime. The removal process is painful and costly! 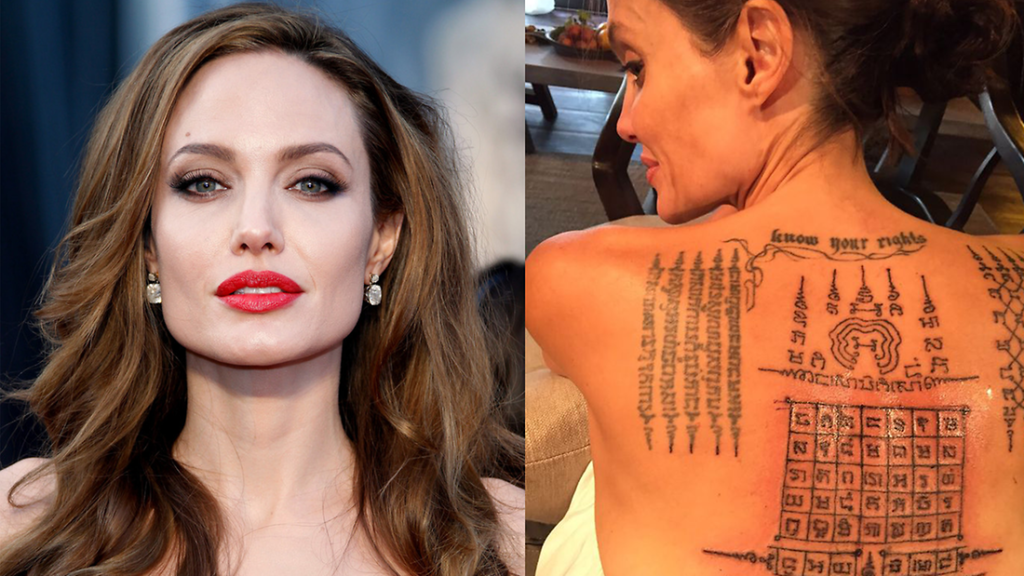 Angelina Jolie
“Angelina has Thai religious tattoos done by hand using a stick. I’ve been asked by many people to remove these. It’s very difficult to remove. Most tattoo artists [who use the stick and poke tattoo method] tend to be very enthusiastic and inject a lot of ink into the skin. There are also certain types of ink used that are very resistant to treatments. I’ve removed tattoos done with pen ink and Chinese black ink. Ink that comes with a tattoo gun is safer, ’cos they are processed and [therefore cleaner].” 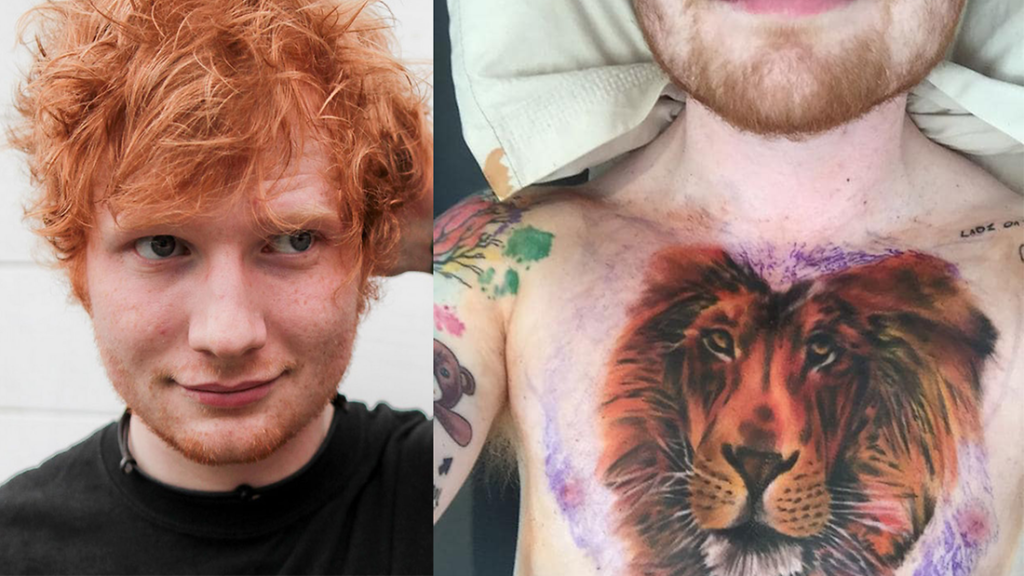 Ed Sheeran
“The skin on the chest is really thin so the tattoo will stay [as the ink penetrates deeper]. To remove it would be excruciatingly painful ’cos his tattoo has a lot of colours.” 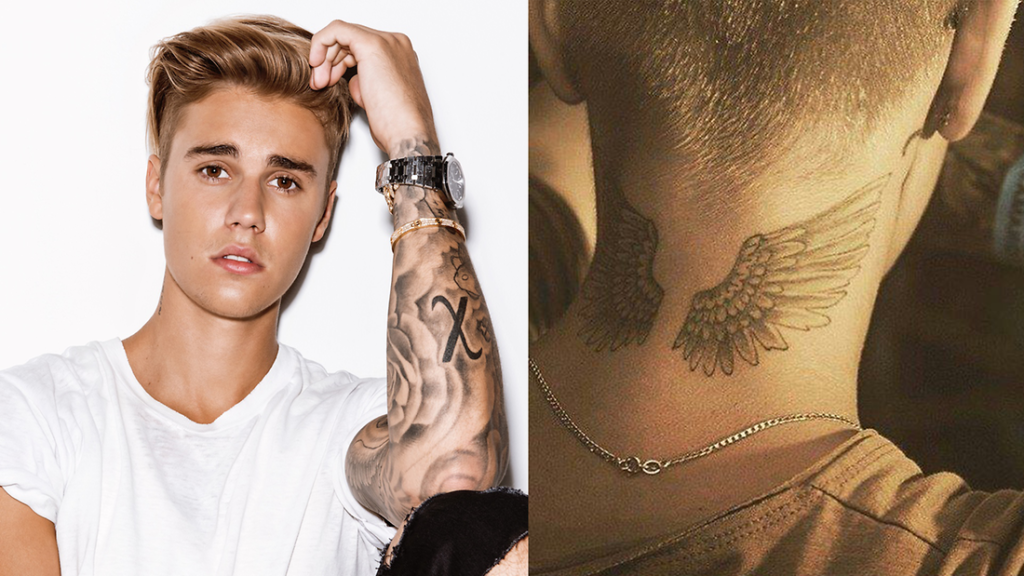 Justin Bieber
“Back of the neck tattoos have a high tendency of scarring during the removal process ’cos the skin folds interfere with the healing. Skin that is constantly exposed to the sun [like the neck] tends to age faster, so Justin’s tattoo will start sagging too.”