Article By: Luke Elijah on https://thewellnessinsider.sg/2019/11/de-inked-the-latest-laser-technologies-for-removing-unwanted-pigmentation-and-tramp-stamps/

Tattoos have a certain trendy panache, rebellious coolness, and cult popularity, especially among the fashion-forward crowd. In recent decades, tattoos have become far more culturally pervasive and socially accepted as an artistic form of self-expression and personal identity. With a slew of famous celebrities and personalities flashing their inked skin; getting a tattoo is even seen as an admirable status symbol, or even as a coming of age ritual.

Statistically, more than 50% of people who get tattoos eventually regret ever getting them at some point in their lives. The chief reason for this relatively high percentage is because most people get bored easily and frequently change their minds as often as they change clothing. While tattoos are permanent, our personalities, preferences and perspectives are always ever-evolving. As such, people oftentimes fall out of love with their tattoos and seek to have them removed for a variety of reasons such as the demise of a romantic relationship, to gain employment opportunities, or even to clear up space for new tattoos.

The process and procedure of removing a tattoo depend on factors such as location, size, colour, amount of ink, age of the tattoo, skin type, etc. Typically, amateur tattoos will require two to four treatments or more. Professional tattoos could require six to 10, or even more. The inks will lighten and gradually fade off after each session. In general, completely eradicating tattoo costs and hurt a lot more than getting tattooed in the first place. Dr Kevin Chua who has over a decade of experience removing tattoos adds, “Tattoos on the hands and feet, as well as those on the skin that is thin and stretched out,  are the hardest to remove. Tattoos with red and sky blue ink are also hard to eliminate as they absorb energy at a certain wavelength of light, so it takes longer to clear. Black ink is the easiest to remove, followed by blue and green ink. A tattoo that is covered over with another tattoo is also more difficult to laser off as well because I would be working with multiple layers of pigment.”

Risks and severe complications that arise from pigment and tattoo removal are fairly uncommon. Sometimes, the treated areas of skin form a “reverse tattoo” after losing its pigment due to hypopigmentation that causes the treated skin to temporarily become lighter in colour than the other skin surrounding it. As the healing process ensues, the skin colour usually returns back to an even tone on its own in a matter of weeks. On the flip side, increased pigmentation or hyperpigmentation could also occur weeks after the treated skin has healed and can further be exacerbated by sun exposure. Thankfully, post-laser hyperpigmentation is also usually only temporary and a good skin lightening cream can be prescribed to help clear it out faster.

To avoid any unwanted complications, as well as to facilitate a faster healing process, medical director of 1Aesthetics Dr Wan Chee Kwang’s preferred approach is to use a triple combination of fractional ablative laser, q-switched laser, and shockwave therapy. The triple combination treatment improves the efficacy, safety, and tolerability of the entire tattoo removal process. The fractional CO2 laser energy produces ablation of the skin by vaporising many tiny channels, thereby reducing downtime and risk of complications such as post-inflammatory pigmentation and scarring. The extracorporeal shockwave therapy transmits focused shockwave energy deep into the skin’s tissues, which then enhances pigment clearance by aiding in the body’s natural lymphatic drainage and metabolic activity. The result is an accelerated clearance of the shattered dermal pigment vacuoles caused by the other tattoo laser removal techniques. Undesirable side effects such as redness, swelling, blistering, and crusting are also greatly reduced and minimized.

The Q-switched Nd: YAG is arguably still the most common and well-known pigment removal laser out in the market. The new wave of picosecond lasers complements the existing conventional Q-switched Nd: YAG lasers. Let us have a closer examination of the latest pico laser technology options out there in the market that are used to remove all kinds of pigmentation related skin problems, as well as tattoos.

The PicoSure is the first originator of a new generation of aesthetic lasers that do not rely on heat energy to burn or disperse away melanin or tattoo ink. Instead of built-up heat, the PicoSure delivers rapid ultra-short energy pulses in a trillionth of a second that blasts and shatters the pigments without burning or causing damage to the surrounding tissues. Renowned plastic surgeon and director of MH Plastic surgery, Dr Martin Huang who offers the PicoSure comments, “The PicoSure laser uses the most advanced picosecond laser technology to effectively remove all types of unwanted pigmentation ranging from superficial to deep effectively. In addition, it can also remove tattoos of various colours efficiently and with minimal scarring.” 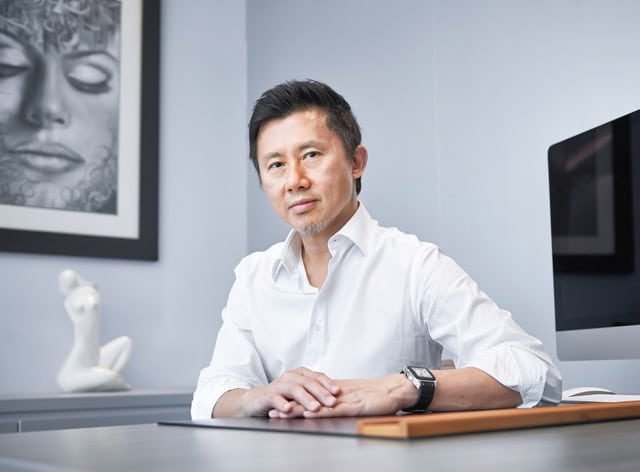 I was amazed at how quick and relatively painless it was to sit through the PicoSure procedure at the skillful hands of Dr Huang. The entire process was over in less than 5 minutes and I could immediately head back to work right after. The mild redness on my face subsided within a day and the scabs fell off by the end of a week. After just a single session of PicoSure, I could visibly notice some facial rejuvenation, as well as overall fading and lightening of my pigmentation, freckles and sunspots.

Scientific research shows that the shorter the pulse duration, the higher the efficacy of the lasers to fracture pigmented particles into smaller fragments. These smaller fragments of unwanted pigment are then more effectively and easily removed by the body’s natural lymphatic drainage systems, which results in lesser downtime. The PicoWay’s latest technology has both fractional and non-fractional capabilities and is applicable for all skin types and includes three wavelengths namely; 532nm, 785nm and 1064nm. These three different wavelength options allow the physician to correct all manners of pigmented lesions, as well as different types of tattoos and their respective colour spectrums, including traditionally difficult to treat colours such as reds, blues, and greens. 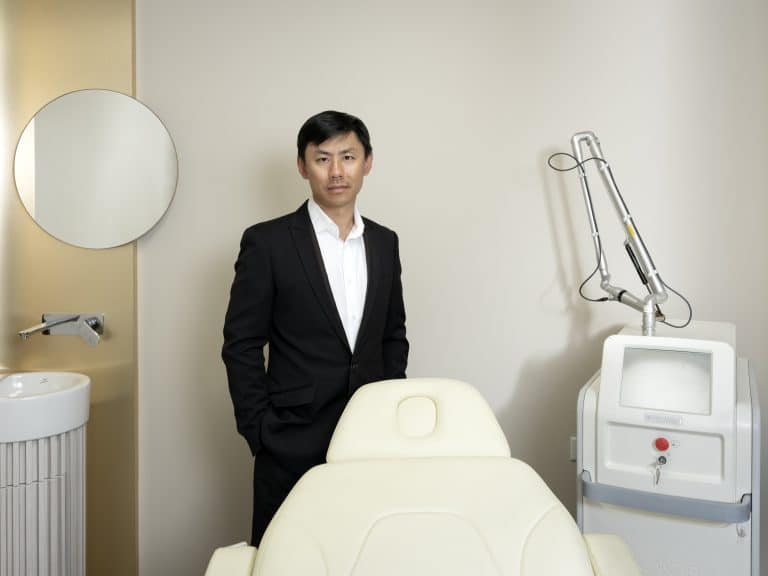 Dr Kevin Chua who offers the PicoWay laser comments, “ The PicoWay was designed from the ground up for tattoo removal. The company that created the device focused its efforts to remove difficult to treat colours such as green and blue pigments. This has really helped me to reduce the number of sessions required and to better treat the harder colours with far more ease. I have also seen a quicker recovery time using the PicoWay as compared to a traditional Q-switched Nd: YAG laser. My patients also experience less discomfort. The PicoWay laser also has an added ‘RESOLVE’ attachment which has a tremendous impact on scars revision and closes up pores that are an added bonus for my patients.”

Dr Chua zapped some of the pigmented age spots on top of both my hands using the PicoWay laser in the comfort of his luxurious golden-hued clinic. I could discern a mild burnt smell from the laser vaporising my skin cells. The entire procedure was done in just a couple of minutes and I was able to return back to work straight away. Post-treatment, I felt a mild burning sensation and itching that fortunately did not linger or persist for too long. A day after the session, the treated spots started to form unsightly scabs that took almost two weeks to clear off. Afterwhich, the skin looked clear for a couple of days before some pale post-inflammatory hyperpigmentation appeared on the treated spots. These post-inflammatory hyperpigmented spots will eventually lighten and can be further managed with professionally prescribed sunscreen, as well as skin lightening products.

Discovery PicoPlus is a second-generation triple wavelength picosecond q-switched laser that generates the highest peak power in the world. With more than 5 times the peak power of the most powerful nanosecond Nd: YAG laser (Starwalker) and 450 picosecond laser pulses that are more than 10 times shorter, it is able to produce more photoacoustic effect with less collateral damage. In other words, the Discovery PicoPlus laser can shatter pigments more effectively thereby leading to quicker results, with fewer sessions required and a vastly lower risk of complications such as scarring. 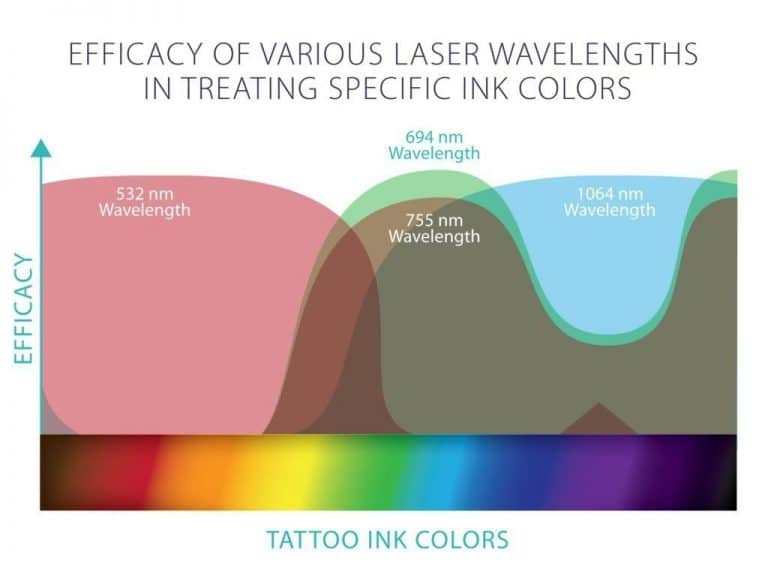 Dr Wan Chee Kwang of cool and swanky looking 1 Aesthetics Medical and Surgery, who uses the Discovery PicoPlus laser to treat patients with severe pigmentation problems such as melasma, as well as to remove tattoos says, “A perfect tattoo removal is fast and leaves no traces of either the tattoo or any skin damage. The crux lies in the thorough and complete destruction of tattoo pigments in as few sessions as possible while minimizing collateral skin damage. Quanta’s Discovery PicoPlus is the highest-powered picosecond laser with a full-powered third wavelength that is now available in Singapore that can best achieve the desired results. In my practice, I advocate combination treatment with fractional laser and shockwave therapy to further reduce the downtime and scarring risks, as well as reduce the number of laser sessions required.” 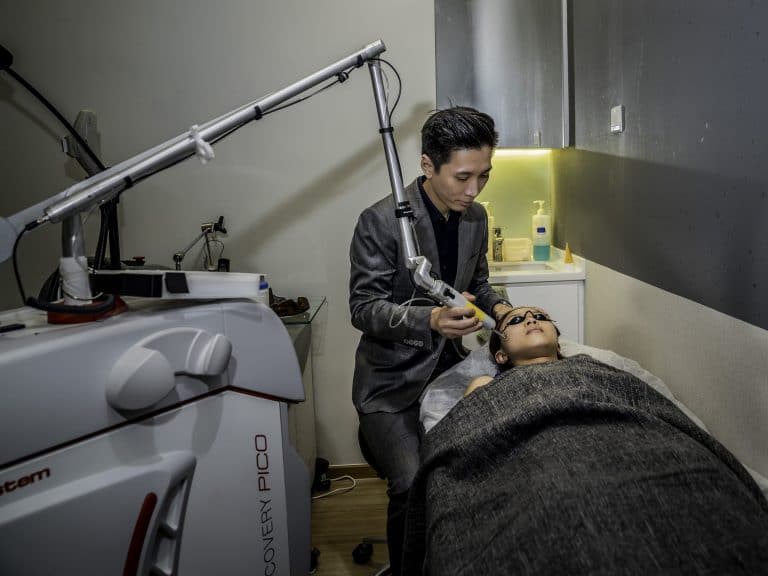 Patient Dr Wan took his time to meticulously treat my entire face with the Discovery PicoPlus laser and then used a ruby fractional laser to target specific stubborn pigmented spots. During the treatment, I could see bright flashes of red and white light even with the metallic goggles worn on. There was an uncomfortable but bearable sharpness as the laser was worked through my face section-by-section. Immediately after the treatment ended, it felt as if my whole face was on fire, but thankfully the burning sensation subsided after a 15-minute application of a cooling gel mask. My face looked angrily red for the first two days and the scabs fell off after the third day to reveal a glowing pigment-free complexion. I was flabbergasted and certainly pleased with the amazing results.